Running games in the browser with SwiftWasm

A quick shout-out to Toronto Game Jam 2022 for being the inspiration to push this project forward and help me also find time to blog. It’s my favourite coding event of the year!

I’ve been experimenting recently with running some simple games written in Swift in the browser. There’s still a long way to go but results have been promising:

Two proof-of-concept games running on the browser (Links below)

This blog is a summary of progress and learnings so far.

Over the last several years I’ve been passively developing a SpriteKit game in my free time. While making a game in something like Unity might make more sense if my goal was to finish a game, I’ve been mostly interested in using my language of choice, Swift. It gives me ways to explore the mechanics of Swift that I won’t find as often in my day-to-day.

Why a custom engine?

One of the ways that I’ve been able to explore functional programming is through hobby game development and I’ve been fascinated with the way it might work with an Entity Component System (ECS). My first attempts were mediocre, at best. However, I found new inspiration last year in Point-free’s The Composable Architecture (TCA). So I ended up rewriting my hobby game from the ground up with a brand new ECS inspired by TCA.

One big focus of this new engine was to eliminate use of Apple’s proprietary GameplayKit and isolate the use of SpriteKit library to being a rendering system only. This would open the door to better cross-platform support.

After a highly successful migration to my new engine, the vision for how to support cross-platform became increasingly clear. I was curious to explore the SwiftWasm project and see where it was. It was a pleasant surprise to see there has been some incredible development. Here’s a few thing I found so far:

Organizing the engine for cross-platform support

I won’t go too deep into the engine’s architecture in this blog post but there’s a few high-level concepts to understand. If you are familiar with Point-free’s TCA this will probably look familiar: 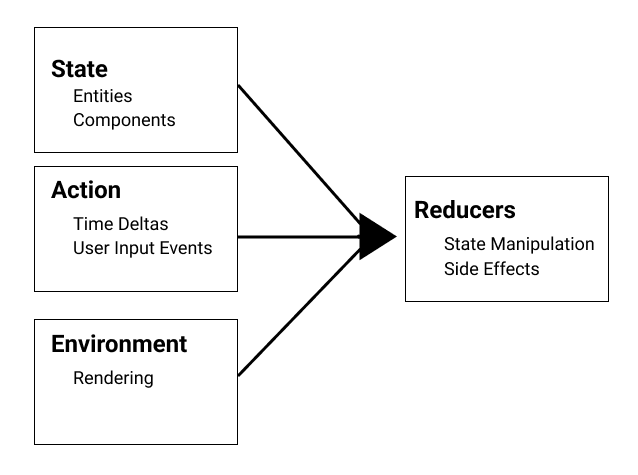 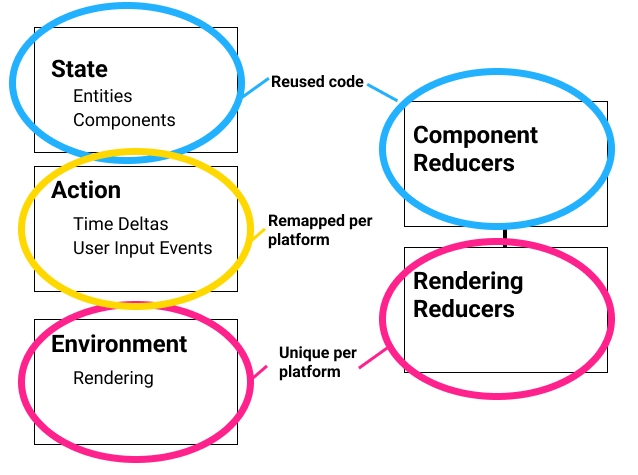 As you can see, it works! You can play the games I showed above here:

I added mobile controls but its much easier with a keyboard

This was the first experiment, but Breakout for TOJam2022 helped me push things

Initial results have been super promising and I only feel encouraged to explore more uses for SwiftWasm in future. Development and deployment was very straight forward. While there might be an atypical bandwidth requirement for using Swift to run your average website, it’s acceptable for an application.

SwiftWasm seems most useful for applications that don’t depend on Foundation. We can’t forget browser limitations; This is not quite like running Swift on Apple or Linux platforms. I’ve learned to question dependence on Foundation in all my code. It comes as an import statement by default in Xcode, but do I really need it? Could other Swift packages out there make themselves more SwiftWasm ready by simply isolating Foundation requirements to a separate module? Apple’s own open source Swift Numerics Library was a great alternative for my needs.